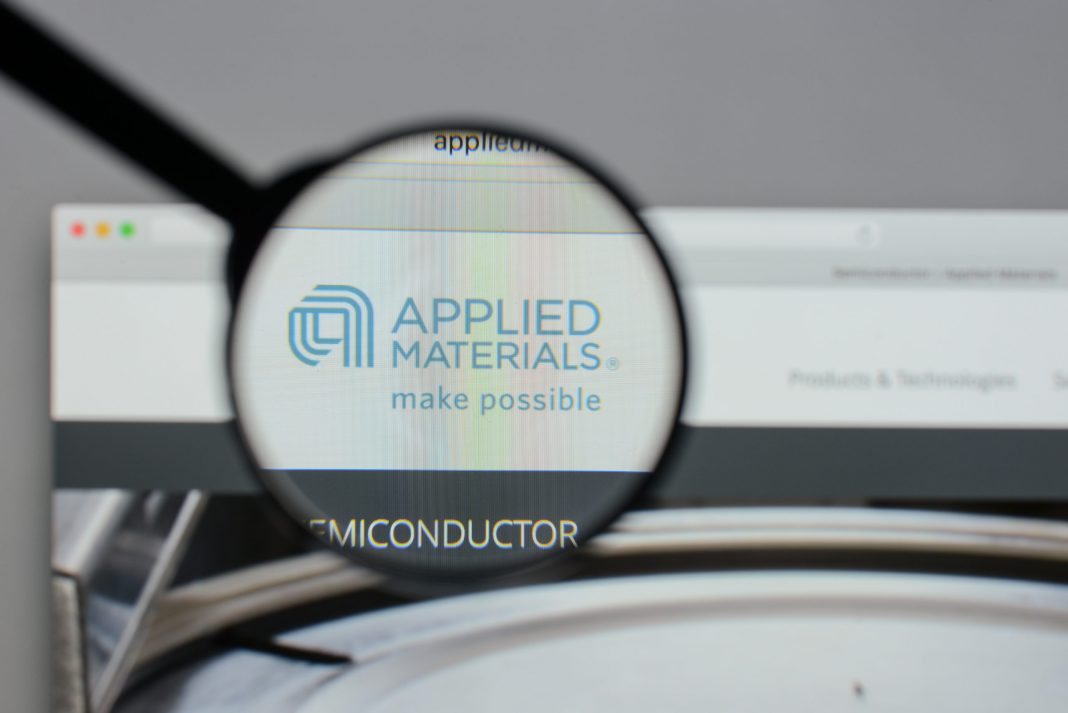 Applied Materials, Inc. (AMAT) reported stellar third-quarter results on Thursday. The company posted its strongest revenues ever ($6.2 billion), a jump of 41% year-over-year, surpassing the Street’s estimate of $5.94 billion. Adjusted earnings came in at $1.90 per share, up 79% from the year-ago period. Analysts had estimated earnings of $1.77 per share.

Let’s briefly look at these three segments and see why analysts are bullish on the stock. (See AMAT stock charts on TipRanks)

Semiconductor Systems made up almost 72% of the company’s total revenue in Q3. This business segment “develops, manufactures and sells a wide range of manufacturing equipment used to fabricate semiconductor chips, also referred to as integrated circuits (ICs).”

AMAT anticipates this business segment to earn revenues of $4.6 billion in Q4, a jump of 50% year-over-year.

The company’s foundry-logic business, a part of Semiconductor Systems, was the fastest-growing wafer fab equipment (WFE) market in 2021; earning over 55% of total customer investment.

Applied Materials CFO Dan Durn stated, “As we look into 2022, we do see the overall WFE market up year-over-year. We see continued strength in all three device types, foundry-logic, DRAM, NAND. And so we like how well we’re positioned against that opportunity.”

The company indicated on its earnings call that demand for its chips is broad across a wide variety of nodes, and memory. More than 50% of AMAT’s foundry-logic revenue is being generated through its ICAPS (IoT, Communications, Automotive, Power and Sensors) business.

The company’s Display and Adjacent Markets revenue came in at $431 million, with an operating margin of 23%. In fiscal Q4, AMAT expects display revenues of $400 million. AMAT continued to be positive about this business due rising demand for 5G organic light-emitting diode (OLED) handsets, increasing screen sizes, rising panel prices, and foldable displays.

AGS also crossed an operating margin of 30% for the first time in the past 15 years.

The strong Q3 results prompted Susquehanna analyst Mehdi Hosseini to reiterate a Buy rating, and a price target of $170 (34.9% upside) on the stock. The analyst was of the opinion that AMAT was benefitting from “structural changes in the semiconductor industry.”

Hosseini believed that his earlier thesis on the stock “is playing out, particularly on the market share gain front. To that end, it is encouraging to see consensus has moved higher towards our Street high.”

However, the analyst cautioned that the stock could run into “an air pocket by spring of 2022, especially as customers await the completion of new fab construction, though we await for incremental color which may not be available until the October time frame.”

Turning to the rest of the Street, consensus is that Applied Materials is a Strong Buy, based on 10 Buys and three Holds. The average Applied Materials price target of $160.75 implies 26.9% upside potential from current levels.

Disclosure: Shrilekha Pethe held no position in any of the stocks mentioned in this article at the time of publication.