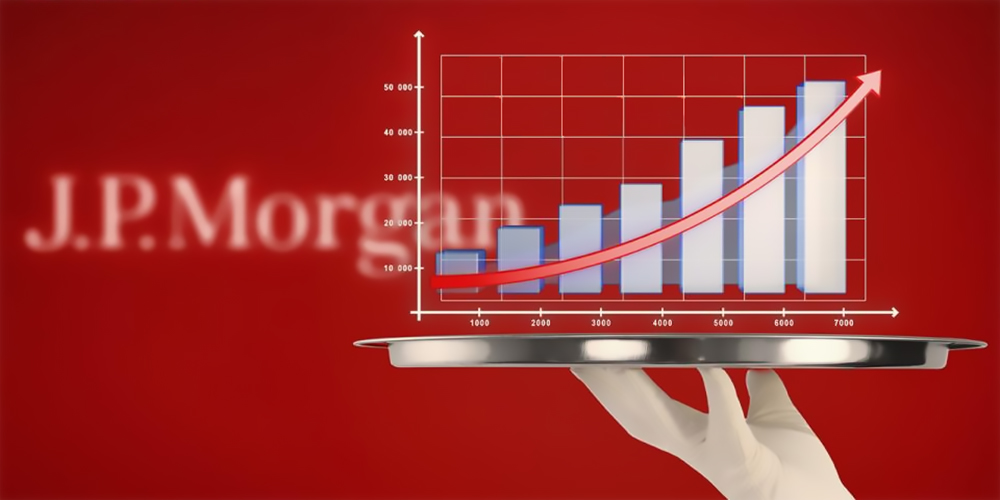 Late last week, and early this week, markets showed a negative reaction to the spread of the coronavirus Delta variant. That was unsurprising; after all, we have recent experience of just how bad the virus pandemic can get, and just how harsh the crackdown can be. But looking at the situation for JPMorgan, chief global markets strategist Marko Kolanovic believes we should take an even keel, that this situation is not as bad as it seems.

“The Covid-19 delta variant should not lead to new lockdowns, and despite the rise in cases mortality has significantly declined. We expect the reflation trade — cyclical stocks, bond yields, high beta stocks, reflation and reopening themes — to bounce imminently as delta variant fears subside and inflation surprises persist,” Kolanovic wrote.

Given Kolanovic’s outlook, we wanted to check out three stocks scoring major praise from JPMorgan. Not only have they been given a Buy rating, but the firm’s analysts also see at least 50% upside potential on tap for each. Using TipRanks’ database, we found out that all three tickers have gotten a thumbs up from analysts at other firms as well. Let’s take a closer look.

We’ll start with Elevation Oncology, a clinical-stage biopharma research company with a focus on genomically defined cancers. The company is developing precision medicines, using a four-fold approach: to encourage the expansion of genomic testing, to identify targetable driver alterations, to innovate a more efficient and selective drug development, and to make the genomic test results actionable, for a successful treatment outcome. The company’s development pipeline currently includes one drug candidate, seribantumab, an anti-HER3 mAb following the NRG1 fusion pathway.

In layman’s terms, that means that seribantumab is designed to treat cancer tumors related to the neuregulin-1 gene (NRG1) gene. If successful, this approach may be a viable treatment for a wide range of cancer – for any tumor that results from NRG1 mutations.

Seribantumab is currently undergoing a Phase 2 clinical trial, CRESTONE. This is the company’s first clinical trial, and is now enrolling patients across the US. Preclinical data on seribantumab showed potential for the drug to specifically inhibit the “growth of patient-derived and isogenic cell line and xenograft models with oncogenic NRG1 fusions.” Elevation Oncology expects to enroll 75 patients, and gives an estimated study completion date in 3Q23. Preliminary data become available as early as 2Q22.

This past June, elevation announced a new partnership with Caris Life Sciences, an AI-focused molecular science firm with a suite of DNA, RNA, and protein profiling technologies. The partnership will allow Elevation access to Caris’ genomic tech, to highlight new precision medicine approaches.

The other big news for Elevation was the company’s IPO, also held in June. Elevation put 6.25 million shares of common stock on the NASDAQ exchange, at $16 each, in a bid to raise $100 million. The IPO was not fully successful, as the shares opened their first day at $14 and closed below $12. Since then, the stock has shown high volatility.

Moving on from there, Rama believes that CRESTONE is the company’s key stock catalyst moving forward, saying, “Interim data from Cohort 1 of phase 2 CRESTONE trial are anticipated in 4Q21/1Q22 (n=~20 patients), with full top-line data anticipated in 1H23 (n= at least 55 patients). CRESTONE may be a potentially registrational study.”

And with all of that, the analyst is confident, giving the stock an Overweight (i.e., a Buy) rating, with a $24 price target suggesting ~142% upside potential by  the end of next year. (To watch Rama’s track record, click here.)

This stock may be new, but it has picked up some strongly positive reviews in its short time on the public markets. No fewer than 4 Wall Street analysts have given ELEV the thumbs up, for a unanimous Strong Buy consensus rating. ELEV shares are currently trading for $10.68 and their average price target of $23.67 implies a one-year upside of 139%. (See ELEV stock analysis on TipRanks)

The stock on our list is another newly public biopharma company. Monte Rosa’s development pipeline is still in discovery stages – but it shows promising pathways for further research. The company works on the development of molecular glues that can potentially degrade disease causing proteins. Proteins generally are the chemical catalysts of biochemical reactions and functions – so degrading proteins that cause disease may address root causes of disease conditions.

Because proteins are so basic to all biological functions, Monte Rosa’s approach offers promise for effective treatments in a broad range of applications. While still in early stages, the company’s research program includes targets in oncology, oncological immunology, autoinflammatory disease, and genetic diseases.

Earlier this year, in March, Monte Rosa raised $95 million in Series C financing. The company followed that with a successful IPO, putting more than 11.7 million shares on the market at initial pricing of $19. The company raised over $222 million in the initial offering, and now trades on the NASDAQ. The GLUE ticker symbol is a reference to the development program’s work in unsticking protein structures.

Eric Joseph, in his initiation report for JPM, believes that the potentially broad applications of the company’s research program make up the real story here, writing, “Notwithstanding the company’s early stage of development, we believe current levels under-reflect the diverse target breadth captured by the company’s development pipeline, offering multiple shots on goal within oncology and immune/inflammatory disorders.”

These comments back up an Overweight (Buy) rating, along with a price target of $38 that implies an upside of 75% in the next 18 months. (To watch Joseph’s track record, click here)

Less than a month after the IPO, GLUE shares have a Strong Buy consensus rating based on 4 recent stock reviews. The trading price is $21.71 and the average target, at $36, suggests 65% upside potential in the next year. (See GLUE stock analysis on TipRanks)

Last on our list for now is Myovant Sciences. This clinical stage biopharma research firm with a focus on reproductive health. The company is working on treatments for endometriosis and uterine fibroids, two serious, sometimes painful, conditions that affect women of reproductive age – and have a potential patient base numbering in the hundreds of million globally. For men, Myovant is research treatments for prostate cancer, the #2 leading cause of cancer death in the US. And finally, the company  also has a research line in infertility and fertility treatments.

The key candidate in Myovant’s pipeline is relugolix, a drug under investigation as a treatment for the symptoms of endometriosis, the treatment of uterine fibroids, and the prevention of pregnancy. The endometriosis and pregnancy tracks are currently in the Phase 3 clinical stage.

In January of this year, the company announced ‘clinically meaningful’ results from the SPIRIT clinical trial – the Phase 3 study of relugolix as a treatment for endometriosis. The results reported included meaningful reductions in menstrual pain and non-menstrual pelvic pain – two of the most serious symptoms.

The announcement on SPIRIT was followed news in April the company announced that is has dosed the first patient in its SERENE study, a Phase 3 clinical trial of relugolix as a prevention for pregnancy in women 18 to 35 years old. The study aims to enroll up to 900 sexually active women with no known fertility problems. Potentially, this study could result in a new label indication for relugolix.

Regarding uterine fibroids, Myovant announced this spring that the LIBERTY study, a Phase 3 trial of relugolix, has met its primary and secondary endpoints. In this connection, relugolix has been approved by the European Commission for the treatment of uterine fibroids under the trade name RYEQO. The drug, under the brand name MYFEMBREE, received FDA approval in May of this year, and is now launching in the US market.

These new trade names will now join Orgovyx, the label used for relugolix as an oral hormonal treatment for prostate cancer, and will provide a steady revenue stream for Myovant. In the first quarter of this year, Orgovyx netted $3.6 million in sales, and is expected to show substantially higher sales numbers in the Q2 report due out on July 28.

JPM’s Eric Joseph has written the firm’s notes on Myovant, and while he is cognizant of the new relugolix approvals, he sees Orgovyx as the key driver here. Joseph says, “While still early days into commercial launch of Orgovyx in APC, overall prescription trends look promising, with solid sequential demand growth in the retail channels (~328% q/q), and 16-34% monthly sequential growth in institutional sales volume (key channel given Orgovyx’s specialty distribution model, in our view). Taken together with anticipated increase in payer coverage and ongoing physician/patient education efforts, we continue to see potential for strong demand growth in 2021, with Orgovyx FY21 net sales tracking ~$11M above company compiled consensus ($78M vs cons: $67M).”

These comments back up the $32 price target, suggesting a Dec-2022 upside potential of 56%. Joseph rates the stock as Overweight (Buy). (To watch Joseph’s track record, click here.)

With 5 reviews on file, including 4 Buy and 1 Hold, MYOV is another stock with a Strong Buy from the analyst consensus. The shares have an average target of $36.60, which implies a 79% upside potential from the current $20.44 trading price. (See MYOV stock analysis on TipRanks)