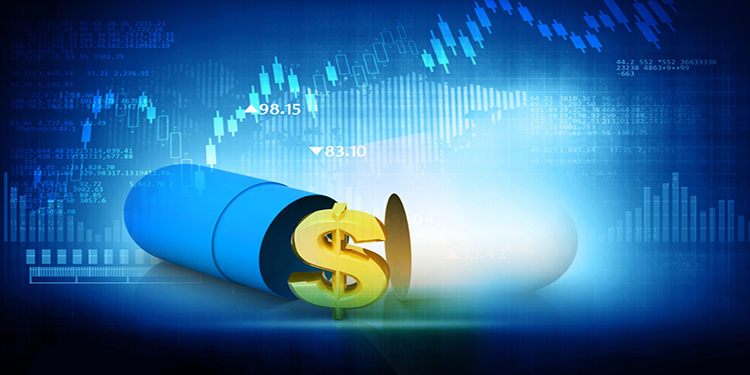 For investors seeking a strong growth option, and willing to take on some added risk, the biotech sector offers an unparalleled opportunity. There are few sectors that can bring returns the way that biotech can. These companies, while they must initially labor under famously high overhead and research costs, are also known for seeing huge gains when certain catalysts hit

In a note on the state of the biotech sector, analyst Leah Rush Cann of Brookline Capital notes the underlying reason why investors move into these stocks: “We observe that in the time-period that biotechnology came of age, the sector has outperformed the broad market, as defined by the S&P 500…”

Cann is hardly naïve about the sector, and is cognizant of its weaknesses – including the high expenses that companies must incur on the road toward getting new drugs to market – but she points out that over a 23 year span, biotech has outperformed the S&P 500 by an average of 888 basis points annually.

Bearing this in mind, we used TipRanks’ database to identify three biotech stocks that have significant catalysts coming up. The platform not only revealed that each of these Buy-rated tickers has attracted significant praise from analysts, all three also boast solid upside potential. Here’s the scoop.

We’ll start with Verrica Pharma, a company focused on the development of topical therapies – lotions and creams applied to the skin – for common dermatological conditions, including various types of warts. Verrica has an advanced pipeline, with the drug candidate VP-102 in late stages of three separate research tracks, from clinical trials to regulatory submission.

On the clinical trial front, VP-102 in undergoing trials as a treatment for both common warts and external genital warts. These tracks have successfully completed Phase 2 studies. Results are expected to be released by year’s end, and the company is planning additional clinical trials.

The bigger news comes from VP-102’s track as a treatment for molluscum contagiosum. This track completed Phase 3 testing earlier this year, and back in May the company announced that the FDA had extended the review period of the New Drug Application of VP-102 on this indication. That extended review period is ending this month, and the FDA’s decision is expected on September 23.

Verrica is preparing it’s marketing plan on the assumption of a positive FDA decision. Potential regulatory approval will make VP-102 the first FDA-approved treatment for molluscum contagiosum, a contagious skin disease with a patient base of up to 6 million in the US alone. Once approved, Verrica plans to market VP-102 as YCANTH in the US markets.

In a note for Northland Securities, analyst Tim Chiang sees approval of VP-102 as a potential game changer.

“We think the Co. is well positioned to getto the regulatory finish line with VP-102 (drug / device combo for treatment of molluscum) by Sept.23… We think VP-102 could generate meaningful sales if approved. Our physician checks suggest a significant opportunity exists for Ycanth, especially in the pediatric setting… We think the low rate of diagnosis may be attributed to there currently being no / very few existing treatments. Based on our market analysis, we think VP-102 could gain meaningful share as the first and only FDA approved product. Our probability-weighted VP-102 sales forecasts for CY21-CY23 are $1M, $52M, and $99M, respectively,” Chiang opined.

These comments back up Chiang’s Outperform (i.e. Buy) rating, and his $19 price target suggests a one-year upside of ~67%. (To watch Chiang’s track record, click here)

While there are only 3 reviews for this stock on record, they agree that it is a Buy, making the Strong Buy consensus rating unanimous. The shares are priced at $11.20 and the $21.67 average price target implies ~93% upside potential for the coming year. (See VRCA stock analysis on TipRanks)

The next biopharma company we’re looking at is Mirum Pharmaceuticals, a company focused on developing therapies for rare liver diseases with ‘unmet needs,’ that is, without current effective treatments. The company aims to create new medications to treat liver conditions short of transplant. The pipeline contains two drug candidates in Phase2b or Phase 3 trials, for conditions ranging from Alagille syndrome (ALGS) to progressive familial intrahepatic cholestasis (PFIC) to intrahepatic cholestasis of pregnancy (ICP).

The biggest news for Mirum, however, comes from its ALGS track. The drug candidate Maralixibat has completed clinical trials on this track, and the NDA was submitted after the trials ended. The FDA has scheduled the PDUFA action date for September 29, and there are indications that the drug is on track for approval. Mirum is making commercial preparations to launch Maralixibat post approval in the US as a treatment for ALGS. The company sees significant commercial potential for Maralixibat – up to $500 million in the US.

In addition, Mirum is moving on getting Maralixibat approved in Europe. The company is preparing the Marketing Authorization Application (MAA) in Europe based on the ICONIC study.

Mirum has not placed all of its eggs in the ALGS basket. The company has additional catalysts coming up in the near- to mid-term, including, among others, topline Phase 3 study data of Maralixibat from the MARCH trial for PFIC and interim analysis of data from the Phase 2b OHANA study of Volixibat as a treatment for ICP. The MARCH data is expected in 2Q22, while the OHANA data is expected to come in during the next year as enrollment in that study is ongoing.

Piper Sandler analyst Yasmeen Rahimi is bullish on Mirum’s potential, writing of the approaching FDA decision: “With maralixibat’s approval for Alagille’s syndrome (ALGS) on track for Sept. 29, 2021, we remind that MIRM has the potential for a large market opportunity given ALGS’ population is 5X greater than PFIC in the US (2000-2500 vs 600). Additionally, MARCH-PFIC topline is expected in 2Q22, increasing our conviction for success in filing an sNDA on the heels of ALGS approval.”

In addition, Rahimi reminds us, “…do not forget that MIRM has a wealth of catalysts, including Phase 2 VISTAS in PSC topline in 2022, Phase 2b OHANA (potentially a registration study) in ICP in 2022, Phase 2b in PBC initiation in 2H21, and topline EMBARK in BA in 2023. Overall, with $238.8M in cash … we believe MIRM is well-capitalized to execute on its pipeline.”

Wall Street’s analysts can be a contentious lot – but when they agree on a stock, it’s a positive sign for investors to take note. That’s the case here, as all of the recent reviews on MIRM are Buy-side, making the consensus rating a unanimous Strong Buy. The analysts have given an average price target of $44.75, which implies ~177% upside from the current share price of $16.18. (See MIRM stock analysis on TipRanks)

Last up, Calliditas Therapeutics, focuses its clinical-stage biopharma research on the development and commercialization of new treatments for orphan indications – that is, on conditions with few or no effective treatments. Top on the company’s list is an autoimmune kidney disease, IgA nephropathy (IgAN), which has no approved treatments and a high unmet medical need. The disease is both chronic and progressive, and usually leads to end-stage kidney failure, for which the only treatment is dialysis. Calliditas’ aim is to prevent the need for this invasive and expensive treatment.

The flagship of the company’s pipeline is Nefecon, a proprietary drug candidate for the treatment of IgAN, among other conditions. Nefecon is a new oral formulation of the established immunosuppressant steroidal medication budesonide. As a treatment for IgAN, Nefecon has passed its Phase 3 clinical trials and the New Drug Application (NDA) was received by the FDA in April. The PDUFA date is set for September 15. In addition to the FDA submission, Calliditas has been granted accelerated assessment by the European Medicine Agency (EMA) for Nefecon. This will reduce the review timeframe of the company’s Marketing Authorization Application (MAA).

Assuming approval both in the US and Europe, Calliditas is looking at beginning commercial activities with Nefecon this coming Q4 in the US, and in 1H22 in Europe.

Calliditas is also making progress with its drug candidate Setanaxib, which is currently the subject of two clinical trials, in the treatment of PBC (an autoimmune liver disease) and for oncological indications.

H.C. Wainwright analyst Edwin Zhang expects Nefecon to be approved and believes that ahead of the launch, investors should own a position in CALT.

“Based on the successful Ph2 and Ph3 trial results, we remain positive and optimistic about Nefecon’s FDA approval… Nefecon is generally well-tolerated, with a safety profile that is consistent with the active ingredient. We expect Nefecon to receive FDA accelerated approval… With an estimated EV of $500M, we view the risk-reward as highly favorable for the shares at current levels.” Zhang noted.

Unsurprisingly, Zhang rates CALT a Buy, and sets a $52 price target – which suggests an upside of ~82% for the next 12 months. (To watch Zhang’s track record, click here)

Calliditas has managed to slip under the radar, and has only 2 reviews backing its Moderate Buy consensus rating – but they both agree that this is a stock to Buy. The shares are priced at $28.58 and have an average price target of $40.50, which indicates room for ~42% one-year upside. (See CALT stock analysis on TipRanks)