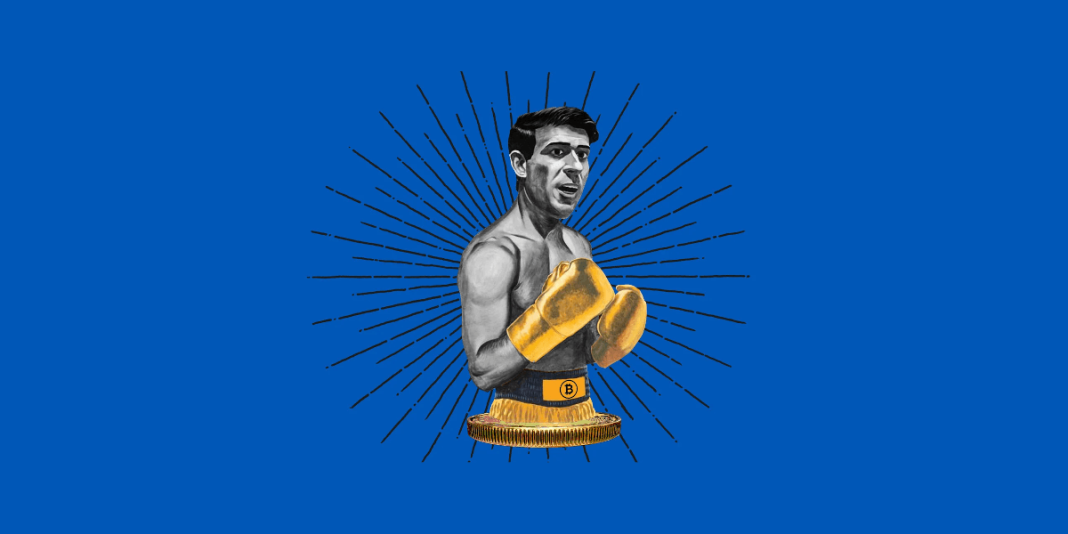 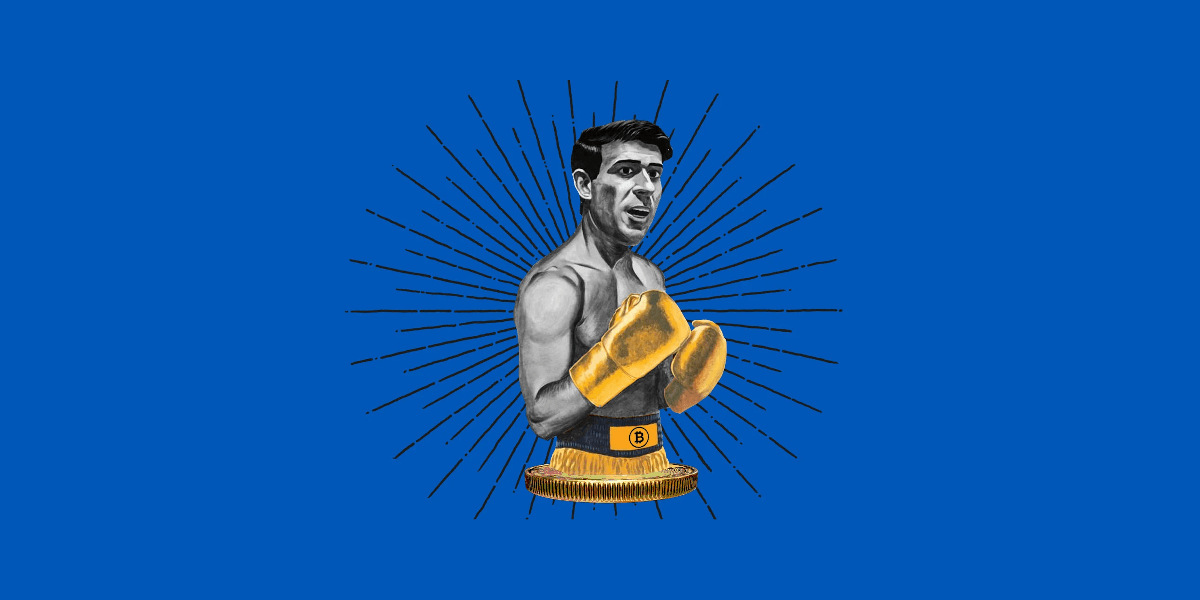 The United Kingdom has recently welcomed Rishi Sunak, a Crypto-Friendly prime minister who replaced Liz Truss after she resigned after only 44 days in her office. The market’s reaction to her disastrous mini-budget and failed economic stimulus plan influenced her controversial leave, which could have led to political and economic instability.

When the British pound hit a historic low against the US dollar, it was clear that the country was dealing with a huge crisis and that it was time for big changes. At the same time, stock markets fell, gilt yields skyrocketed, and what took a battering was the housing, mortgage, and pension market.

Rishi Sunak, a crypto-devoted former finance minister, was recognized as the best possible solution among his colleagues. His constant warnings about the former prime minister’s disastrous economic policies have proven correct.

How did Rishi Sunak, a crypto devotee, become prime minister, and what are his plans for the country regarding cryptocurrencies? What was the sequence of events responsible for such a big change that put the importance of crypto-currencies at the forefront of the country?

The career of the Minister of Finance and major plans

During Rishi Sunak’s career as a finance minister under the former Prime Minister Boris Johnson, he revealed his major plans and goals to turn the United Kingdom into a so-called “international hub for cryptocurrencies.”

He assisted in ushering the Markets and Financial Bill, which, in case they’ve turned into law, could provide huge power to local regulators over the entire crypto industry. In that case, it would start bringing stablecoins and other asset-pegged cryptocurrencies into the extent of payment regulations.

In April 2022, while he was still a Minister of Finance, Rishi Sunak crypto devotee, told the media that he wanted to ensure the UK financial services sector would attract new jobs and investments, also widening consumer choice with its cutting-edge technology. His then-measures were focused on ensuring firms’ ability to invest, scale up, and innovate in the UK.

A champion of fintech welcomed by the government

Under Sunak’s leadership, the Royal Mint, the famous UK coin producer, was charged to create an NFT collection yet to be seen. The government of former Prime Minister Truss has shown a huge commitment to Rishi Sunak’s crypto plans.

During Sunak’s tenure as finance minister, the local cryptocurrency industry was closely connected with him. Thus, nowadays, the same industry is welcoming his appointment as the leader of the UK’s government. Rishi Sunak was also named the “champion of fintech” by Adam Jackson, a director of policy at Innovative Finance, a tech industry body in the country that advocates cryptocurrencies and their huge importance.

Ian Taylor, the famous director of CryptoUk, the industry’s lobby group, stated that Rishi Sunak’s crypto advocacy is very positive for the country’s general economy. Since Sunak’s coronation by the Conservative party, experts expect the present market relief rally will be over sooner. The reason is that the entire country is dealing with huge economic issues.

With inflation running at 10% minimum labor gaps, the intent of the Bank of England to hike interest rates, soaring energy prices, and dramas regarding supply chains, it’s evident that the UK is dealing with a painful recession.

Since numerous people in Sunak’s party blame him for Boris Johnson’s departure, which resulted in Liz Truss’ premiership and against this backdrop, Rishi Sunak, crypto prime minister, could find it very difficult to go ahead with the so-called “fiscally cautious agenda” that the markets are craving for.

Nonetheless, even though the prognosis isn’t so good, crypto investors are very happy about the arrival of Rishi Sunak, a crypto-friendly Prime Minister who announced that he plans to turn the UK into a completely “global crypto hub.” Here is more Rishi Sunak crypto news that you’ll love!

The huge potential of crypto for the country

During his speech, Sunak mentioned that the UK’s especially open to the crypto business and that he sees the huge potential in crypto. He aims to provide every possible chance to maximize that potential.

According to him, there’s also an original opportunity for strengthening fintech and seizing the capitalist energy that’s created the current financial services of the country. The potential of crypto-technologies is enormous, and they tend to unleash it. As mentioned, Rishi Sunak was extremely helpful in bringing in the Markets Bill and Financial Services.

His crypto advocacy could be seen in his promises that he’s not planning on lowering the standards. On the contrary, he claimed that he’s going to maintain his neutral approach when it comes to technology. Effective and robust regulation will only boost innovation by giving businesses and individuals what they require to invest for the long term.

The great role of the major digital currencies

Regulatory scrutiny must be supported as digital currencies such as Ether and Bitcoin. This regulation will protect investors, and the possibility of harming the world’s financial stability will also be reduced.

According to Sunak, exchanges are the best way to address all the current regulatory issues. Since all foreign exchange transactions happen via currency houses and banks, it is the same that is going to happen to major cryptos.

The potential money laundering and other wrongdoings would be much easier to tackle once flows run via regulated exchanges. Also, it will ensure that tax is getting paid.

The regulation of the crypto ecosystem is necessary.

It’s crucial to understand that, in one form or another, cryptocurrencies are here to stay, and the crypto market has been rapidly growing ever since it emerged. Without any doubt, regulating the entire crypto ecosystem is necessary, and Rishi Sunak, a beloved crypto prime minister, fully supports this view.

Even though there’s been huge chaos in the country, Sunak has at least this reason to be happy and enthusiastic.

What to expect from the government regarding cryptos?

In its initial stages, the government advises a strategy that heavily relies on testing. The main goal is to enable firms to experiment and innovate in crypto-asset technology by introducing the so-called “financial market infrastructure sandbox.”

The following step of the government would be setting up the Cryptoasset Engagement Group. Its main focus would be to work closely with the crypto industry and try to find all the ways of contributing to the competitiveness of the country’s tax system to stimulate the crypto-asset market’s further development.

The role of stablecoins in the strategy

Steps have been taken to regulate stablecoins so that all the new technologies can be used safely and reliably. The entire strategy will, undoubtedly, be pegged on stablecoins. For newbies, these coins refer to a specific form of cryptocurrency linked to a fiat currency such as the Euro, Pound, or dollar. Therefore, it intends to maintain a stable value.

The local government will, however, receive the Markets Bill and Financial Services with the discretion to regulate cryptos while the bill is being under review now.

The main plans for the new Bitcoin cryptocurrency 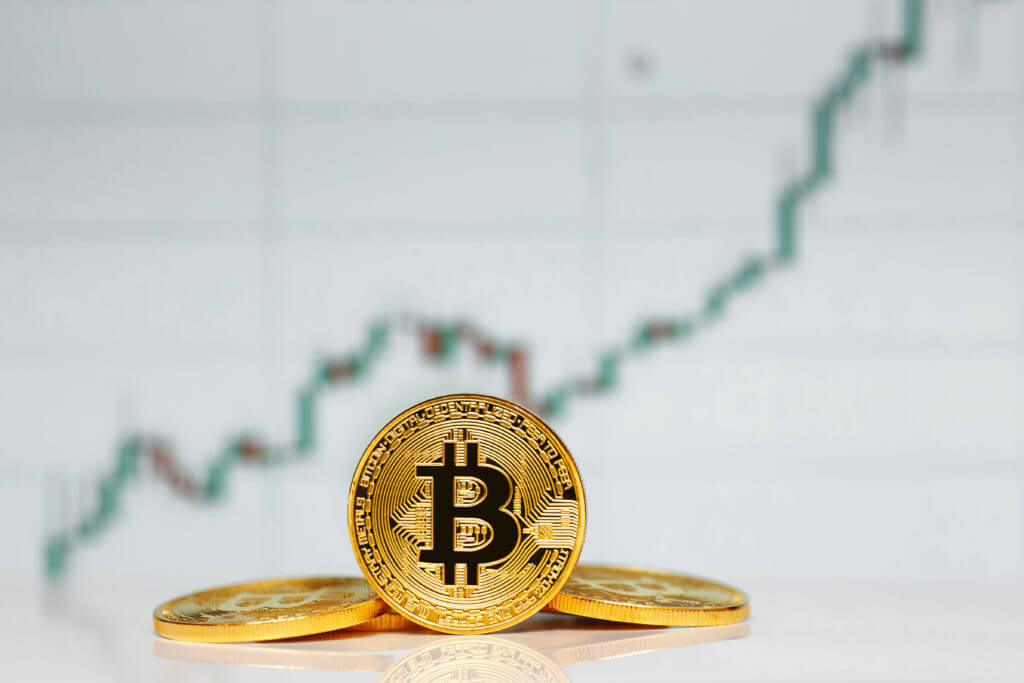 During the pandemic in 2020, Rishi Sunak thrived responsible for numerous public-centric policies that were helpful to individuals who’ve dealt with financial problems that occurred because of COVID-19. After that, Sunak became one of the most popular, beloved politicians in the United Kingdom.

However, during the summer of 2021, Rishi Sunak’s crypto plans came to light when he proposed a central bank digital currency named “Central Bank Digital Currency (CBDC),” or more famously “Britcoin,” to happen by 2025 in the UK’s economy.

According to Deloitte, the Central Bank Digital Currency represents an electronic form of central bank money, with a possibility of wide use by businesses and households to store value, along with making payments.

Mixed reception of the Bitcoin

Regarding Bitcoin, the reception was somewhat mixed. Some individuals saw Bitcoin as useful for streamlining the digital transaction process, where money could be transferred easily and quickly between accounts and other unnecessary bank costs.

On the other hand, others were concerned about how the Central Bank Digital Currency could affect regulatory methods such as the interest rates and the available amount of money banks give to loans.

There are also huge privacy concerns regarding the close relationship with individual bank accounts. Besides providing full access to all the transaction details, they’ll have all the power to cut off a great money supply.

Previously, Sunak has vocalized his full support of the Central Bank Digital Currency and its benefits. Thus, it would be very intriguing to see whether his concept will succeed.

Rishi Sunak was born on the 12th of May 1980 in the English town of Southampton. He finished Winchester College and studied politics, philosophy, and economics at Lincoln College, Oxford. At Stanford University, Rishi Sunak crypto enthusiast, earned an MBA as a Fulbright Scholar.

In 2015 in North Yorkshire’s general election, Sinak was appointed to the House of Commons for Richmond. In 2016, he supported Brexit. He voted three times in favor of Theresa May’s Brexit withdrawal agreement.

After May’s resignation, Rishi Sunak became a huge supporter of Boris Johnson’s campaign to become a Conservative leader. When Johnson became Prime Minister in February 2020, Rishi was appointed Chief Secretary to the famous Treasury and Chancellor of the Exchequer.

During the COVID-19 pandemic, as a Chancellor, he was prominent in the government’s financial responsibility. Liz Truss won in the Conservative party leadership election when she replaced Johnson. However, after the government crisis, which led to Truss’s resignation after only 44 days, Rishi Sunak, a crypto-friendly politician, became Prime Minister. King Charles III appointed him. He became the first British Hindu and Asian to hold the Prime Minister position in the history of the United Kingdom!