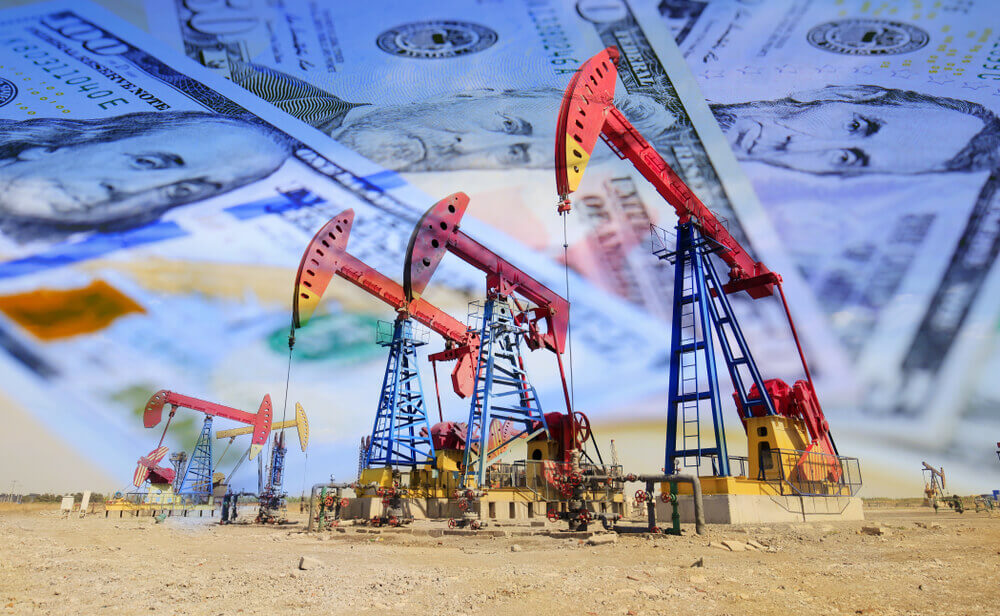 Oil Rises With Optimism Around Demand

Oil prices are rising in the third of four sessions as demand for the raw material increases, although the Covid-19 spread is gaining traction in some regions globally.

The acceleration of the US vaccination process against Covid-19 fuelled this optimism. However, the spread of the Delta variant continues to dampen further enthusiasm.

According to a Reuters poll, US crude inventories are expected to decline for an 8th consecutive week.

Rystad Energy analyst Louise Dickson states that further news on the drop of crude inventories is likely to boost WTI prices, and Brent will also reflect it.

Natural gas prices soared due to growing carbon prices in Europe. The natural gas market has exploded because of the rapid reduction of natural gas stock in Asia and Europe. Moreover, the cold winter conditions and the lower-than-expected temperatures in spring also supported the commodity prices.

As of the end of June, gas stocks in Europe plummeted to the lowest level in the past ten years. This drop culminated in almost seven-fold price increases.

Gold is trading slightly higher as it waits for US inflation data and Fed leader Jerome Powell to go to Congress.

By this time, the precious metal reached $1818 an ounce. Investors are turning to haven due to the spread of the Delta strain of the Covid-19 pandemic. At the same time, the dollar keeps recovering, and it causes dollar bulls to face an uphill battle.

The increase in the price of the yellow metal between December 2019 and December 2020 allowed an increase in the number of small deposits discovered. According to Fitch Solutions, until 2030, the precious metal will experience around 3.2% annual production growth. This year, gold mining is likely to increase by 5.7%.

Although Africa and Asia-Pacific host most of the gold discovered during the past decade, the global distribution is pretty even in terms of regions, especially compared to other metals such as copper, mainly present in South America.

Silver prices have also strengthened on Tuesday. The white metal advanced by 0.31%. The September contract for silver remained almost unchanged, closing at $26.24 an ounce. Analysts expect higher than expected figures for consumer prices, which is likely to support the US dollar. It will put pressure on the silver price.

According to analysts, silver will keep trading sideways until the US CPI data. The metal prices can drop to Monday’s low of 5.86.

According to Peter Fertig, a Quantitative Commodity Research analyst, the market is waiting to define inflation and the Fed’s move. Fed’s withdrawal of stimulus is likely to weigh on copper and other base metals, Fertig stated.

US spring wheat production has been the biggest shock for the market. It dropped to the lowest level in 33 years.

2021/22 Russian wheat production decreased by 1.0Mt to 85.0Mt. The country’s wheat export prices dropped last week because of a sharp decrease in wheat prices in Chicago. Russia is forecast to export between 1.5 million tonnes and 2 million tonnes of wheat in July.

The US increases corn production while Brazil suffers yield losses

The 2021/22 US corn crop increased in line with the new area numbers. The USDA report increased corn production in the US to 15.165 billion bushels this year. At the same time, the report lowered the average corn price to $5.60 a bushel.

Soybean prices are likely to drop this year

According to the latest USDA report, soybeans price estimates were almost the same from last month. Stocks also stayed the same at 155 million bushels. However, the commodity price is estimated to drop by 15 cents this year to $13.70 a bushel.

The post Oil and Gas Prices Surge, and Gold is Trading Higher appeared first on FinanceBrokerage.