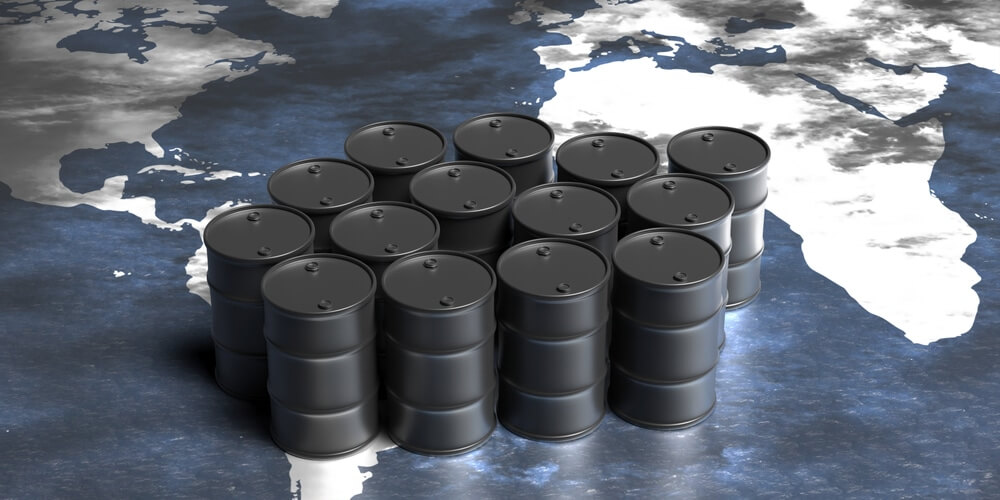 Brent crude posted a drop of 13% or $10 since the beginning of August.

People are taking seriously the idea that global economic growth will slow down. The truth is that the latest data from the industrial sector have come to confirm this idea. It appears that the demand for crude oil is falling. The data released on Monday showed the Chinese economy slowed more than expected in July. Additionally, the country’s factory production fell to the lowest level in 14 months.

Commerzbank wrote that concerns about demand due to the global spread of the Delta variant are continuing to restrain any higher prices.

The rise of the US dollar is also a negative factor for the price.

The dollar increased on Thursday after the Federal Reserve’s minutes, indicating plans to taper its monthly bond purchases. The dollar’s strength pressures oil because the commodity becomes more expensive for foreign buyers.

The natural gas prices soared in the US

The natural gas price soared 2.14% at $3.91 per mmBtu in New York. According to Kotak Securities, natural gas advanced on dip buying and strong US LNG exports and cooling demand in the US. However, weakness in crude oil price and concerns about the US economy has also pressurized prices.

The US Energy Information Administration announced that the country’s natural gas inventories increased by 46 billion cubic feet for the week ended August 13. In contrast, the market expected a 31 Bcf rise.

Meanwhile, European natural gas prices tumbled on Thursday. It resulted from fears that Russia could start shipping natural gas to the continent via the Nord Stream 2 pipeline in 2021. Gazprom PJSC stated the line is 99% completed and would transport 5.6 billion cubic meters this year. NS2 could help provide Europe with more natural gas as inventories are limited heading into winter.

Gold prices dropped sharply in global markets today amid the possibility of reduced Federal Reserve stimulus. Spot gold slipped by 0.7% to $1,774.41 per ounce.

Gold futures were trading flat after showing little activity Thursday night but are on track to post the second straight week of gains.

The market is receiving some support ahead of the US open due to a drop in US Treasury yields. However, a rally in the dollar against a benchmark basket of currencies to its highest level in recent years is helping to limit earnings.

Gold futures have been stuck in a range for the past five sessions but that doesn’t seem to be a problem, but rather another sign that volatility is going to increase.

Investors are being surprisingly patient but cannot be blamed as the Federal Reserve is keeping all the exact details on how it is going to reduce stimulus. Patient traders might be waiting for Fed Chairman Powell’s speech at the Jackson Hole Symposium, or the next Monthly Employment Report, the next consumer inflation report, before making its next major move.

Copper slipped to a dangerous level

Copper prices keep falling after reaching an all-time high in May.

There have been numerous strikes at mines across South America, which would usually support prices. Still, slowing demand in China and the spread of the Delta variant have led to a drop in copper prices.

The price of soybeans registered a slight rebound after the sharp drops of the previous day. The US export business in recent weeks supports prices, while rains are expected in the northwest of the Midwest.

China reduced its soy imports from its main supplier Brazil. The data for July were 3.7% lower than last year and are due to the drop in milling margins.

The corn traded mixed due to the idea that the US Federal Reserve may raise rates. On the other hand, the crop is progressing, and corn yields were estimated to be above average.

The post Oil and copper prices dropped to their lowest levels appeared first on FinanceBrokerage.