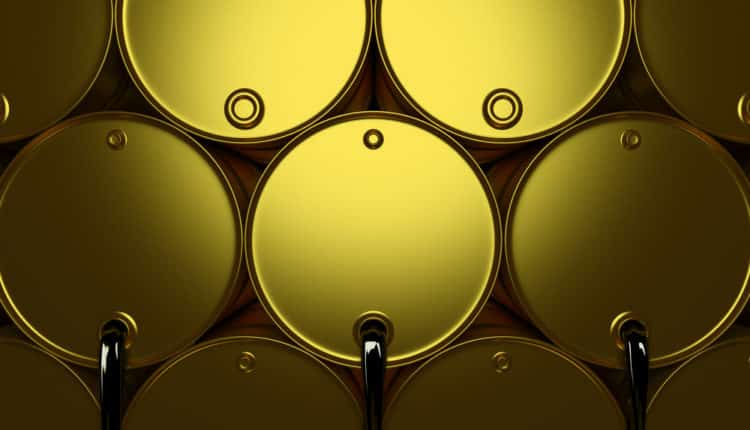 Crude oil climbed on Tuesday on expectations of a continued decline in US oil inventories. Oil recovered part of the day’s losses on lingering concerns about rising cases of the Delta variant of the coronavirus.

Giovanni Staunovo, an analyst at UBS, stated that some market players believe Monday’s price setback was a bit of a stretch, considering that we are likely to see another decline in oil inventories this week.

A preliminary Reuters poll showed crude and commodity inventories in the United States were likely to have declined last week. Also, distillates and gasoline stocks are forecast to have fallen for the third week in a row.

Brent prices have increased more than 40% since the beginning of the year.

However, concerns about the spread of the Delta variant in the US and China pressure prices.

Crude prices are also being pressured by expectations of a return of Iranian crude to the markets. On Tuesday, Iran’s new president, Ebrahim Raisi, said that his government would take steps to raise the oppressive sanctions imposed by the US on its energy and banking sectors.

Demand is forecast to decline to lighter levels this week in the US. Storms spread across the eastern half of the United States with showers, thunderstorms and highs of only 70-80 degrees.

According to NetGasWeather, in the west, up to Texas, the conditions will be hot, with maximums between 80 and 100 degrees. Temperatures will rise in the south and east by the end of next weekend.

Warm temperatures and strong demand for refrigeration will likely continue to prevent storage facilities from accumulating reserves. At least, the commodity will not be available to the levels considered adequate to arrive well prepared for winter.

After the Fed meeting last week, some of its members have made statements expressing their opinion about the scenarios in which they would be modifying monetary policy in the US.

These statements have generated uncertainty among investors because they have revealed the lack of clarity and unity among the monetary authorities.

According to Saxo Bank analyst Ole Hansen, the precious metal has lost its momentum” and is struggling to find direction.

Silver traded in the red on demand uncertainty, weaker gold and industrial metals.

Copper posted losses for the third session on Tuesday. Investors were concerned that the rapid spread of COVID-19 variants would lead to more lockdowns and limit demand for industrial metals.

Covid-19 caused a slowdown in two of the great engines of the global economy, the US and China.

The most-traded September copper contract on the Shanghai Futures Exchange dropped by 1.6% to 70,450 yuan a tonne.

Chicago corn and soybean futures slipped on Tuesday due to forecasts for rain. Besides, the US Department of Agriculture published a weekly crop progress report, where Indiana soybean conditions were rated good to excellent, better than expected. Meanwhile, corn conditions declined sharper than expected.

Chicago wheat, corn and soybean futures eased on Tuesday as the market set recent production setbacks against forecasts for some rain relief in the US Midwest and uncertainty over the economic impact of a spreading coronavirus variant.

The post Metals Dipped and Energy Commodities on the Rise appeared first on FinanceBrokerage.