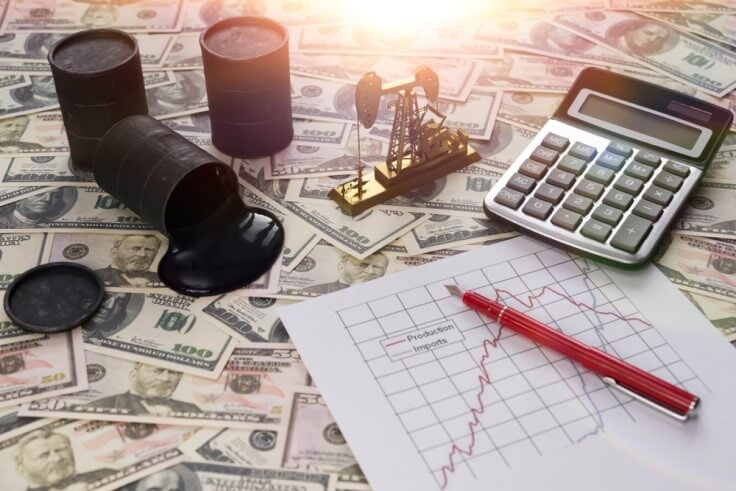 Oil prices are falling on Monday morning. It followed OPEC+’s deal yesterday to increase production when the economic recovery is causing an increase in demand.

The group managed to overcome the impasse of the last meeting in which the United Arab Emirates (UAE) blocked an agreement for intending to review the productions. This Sunday, and August approaches – the month in which an increase in production by the group members and their allies was expected, an agreement has already been reached.

The members of OPEC will increase a maximum of 400,000 barrels a day each month until any previously established cut is reversed and production levels restored.

The agreement will also give the Emirates, Iraq and Kuwait higher production quotas as of May 2022.

Liquefied natural gas prices are on the rise worldwide. Increased demand in China and other parts of Asia is helping benchmark prices in Europe to reach decade highs.

On the other hand, US prices have surged due to hot weather and the US gas export boom.

US prices have also risen, partly due to hot weather and an LNG export boom. It suggests that a fully integrated international market is finally developing even though the US price remains far cheaper.

Gold is gaining ground as US treasury yields dropped. Besides, worries about the delay in global economic recovery because the Delta variant has increased demand for the precious metal.

According to analysts, if the gold price continued the downward movement and lost $1,798.9 and then turned back towards the level, we could consider the 1,795.0 level as support.

If it continues to decline, the next support level resides at $1,780.6.

Benchmark 10-year Treasury yields plummeted to a near two-week low at 1.2640%. It reduced the opportunity cost of holding gold.

The World Gold Council has signed an agreement with the Gem and Jewelry Export Promotion Council of India to increase the popularity of gold jewellery in 2021.

Silver dropped below Rs 68,000 per kg due to a strong increase in the dollar.

According to CFTC data, speculators lowered their net long positions in silver futures and options positions by 879 contracts to 34,678 in the week of July 13.

Worries about demand in China weighed on copper prices.

Market participants stated that the increase in Delta variant cases and the potential for economic disruption had added to the gloomy outlook for industrial metals.

Most-active corn futures surged more than 4% in the final two days of the last week. Money managers lessened their net long in corn futures and options to 208,799 contracts from 219,371 a week earlier.

As for the soybeans, the commodity price increased by Rs 88 to Rs 8,225 per quintal in the futures market. Traders created fresh positions pursuing buoyant spot demand.

On the National Commodity & Derivatives Exchange, futures contracts for soybean July delivery increased by 1.08% or Rs 88, to Rs 8,225 per quintal.

Marketmen said raising new positions by speculators on the back of higher demand mainly led to a surge in soybean prices.