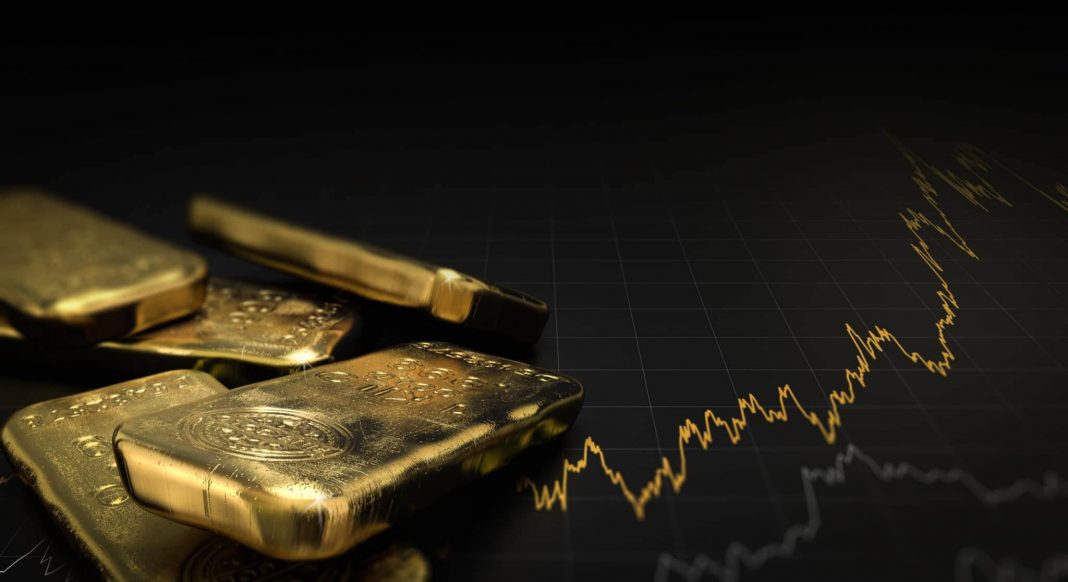 Gold futures were boosted by 0.33% on June 21 and traded at $1,774.85. Meanwhile, in the previous week, it declined by 6%. Last week the precious metal witnessed its worst week since March 2021. The decline started after the U.S. Federal Reserve sprung an unexpected hawkish stance.

Remarkably, the decision unveiled that the Federal Reserve would raise interest rates and start asset tapering sooner than anticipated.

Margaret Yang, a strategist at DailyFX, says the real yields are declining, helping gold to stabilize and attempt a recovery. She also added that investors are also taking this as an opportunity to buy the dip given growing inflationary pressure.

According to Reuters technical analyst Wang Tao, on the technical front, spot gold may retest a resistance of $1,797 per ounce, a break above which could lead to a gain to $1,825.

On Friday, Minneapolis Fed President Neel Kashkari stated he wants to keep the central bank’s benchmark short-term interest rate near zero at least through the end of 2023. The move aims to allow the labor market to recover to its pre-pandemic strength.

Dallas Fed President Robert Kaplan and New York Fed President John Williams are also among the Fed officials due to speak during the week.

Remarkably, the People’s Bank of China kept its loan prime rate steady at 3.85%. The Bank of England will hand down its own policy decision on June 24. Meanwhile, European Central Bank President Christine Lagarde will address the European Parliament later in the day.

Gold purchases in India soared during the previous week as local rates decreased. Meanwhile, investors cautioned that the demand would not return to pre-pandemic levels anytime soon. According to the Bank of Russia, Russian gold reserves held at 73.7 million troy ounces at the beginning of June.