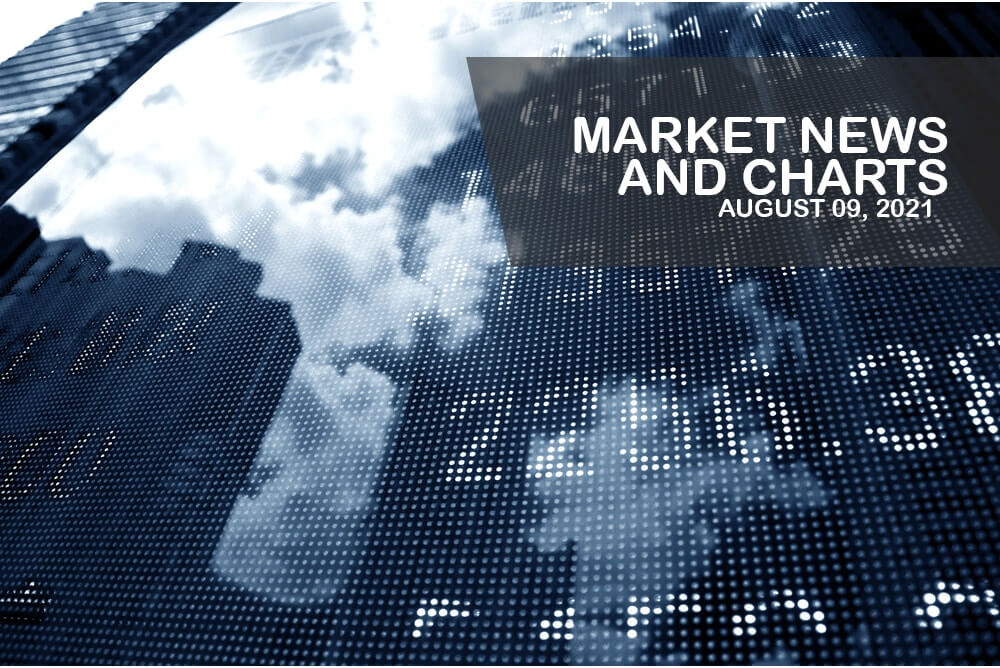 Hey traders! Below are the latest forex chart updates for Monday’s sessions. Learn from the provided analysis and apply the recommended positions to your next move. Good day and Good Luck!

The pair failed to break out from its resistance, sending AUD/CAD lower in sessions. The number of part-time workers in Canada increased by 11,000 in July, a visible decline from 263,900 prior. Meanwhile, 83,000 individuals were added to the list of full-time jobs in the same month. As the part-time workers transition to full-time jobs, the unemployment rate in the country dropped to 7.5%. This would put the data near the pre-pandemic levels. In addition to the upbeat employment data, trade activities in Canada are starting to pick up. June’s exports were up by 53.76 billion, a record high for the report. On the other hand, imports fell to 50.53 billion. This resulted in a trade surplus of 3.23 billion from a revised deficit of -1.58 billion. The net export topped December 2011’s 2.9 billion record to hit a 13-year high. Analysts expect the figures to improve in upcoming reports as Canada opens its borders to fully vaccinated Americans starting on Monday, August 09.

The pair is expected to retreat following last week’s rally near 0.65500. Australia kept its interest rate unchanged at 0.10% at last week’s meeting. In addition, the RBA proceeded with the weekly bond tapering of A$5.00 billion with a cut of A$1.00 billion by September. This was despite the uncertainty due to rising coronavirus cases in several Australian states. Currently, 60% of the population, or 15 million individuals are under lockdown. In addition to covid concerns is the low vaccination rate. The third wave of the coronavirus pandemic negatively impacted the AIG Services Index. The July report printed 6.1 points decline to 51.7 points. This was the lowest result in the past eight (8) months. On the other hand, the Swiss labor market remains strong amidst the pandemic. The seasonally adjusted figure came in at 3.0% representing a 15-month decline in the report. For June, the figure was 3.1% which was also an improvement from the 3.2% result prior.

The pair will break down from its current support line to retest the round figure 142.000. The Bank of England (BOE) unveiled its 3-year financial blueprint last week. It maintained a historical low interest of 0.10% and a 1.25 trillion bond purchases program. At Thursday’s meeting, August 05, the BOE hinted that it will begin to reduce its monetary support by buying treasury bills once the interest rate is at 0.50%. Analysts expect monetary tightening to start within the next 12 months by 25-basis points to 0.35%. However, the division among the Monetary Policy Committee might hurt the British pound in the coming days. 8 out of 9 voted to retain the amount allocated for bonds. Meanwhile, Michael Saunders said he does not see the need for bigger support as 70% of adults in the UK were already vaccinated. With Saunders expressing his hawkish stance on the Bank of England’s monetary policy, other members of the MPC might become dovish to balance the votes.

The pair will fail in its attempt to break out its resistance. Analysts see 81.500 as the next support area. Japan’s Leading Index and Coincident Indicator were up by 1.5% and 1.9%, respectively, in June. This suggests an upbeat outlook for the world’s third-largest economy within the next six (6) months. The numbers were an improvement from their previous records of -1.2% and -3.2%. While the long-term prediction is positive, analysts expect a challenging short-term performance for the economy. Household spending in Japan shrinks both for the annualized and monthly reports. The Year-on-year data showed a decline of -5.1% while MoM showed two (2) consecutive months of decline with June’s data recording a decrease of -3.2%. In other news, investors are expected to flock to the yen after a report showed Japan hitting a new record for daily covid cases on August 06. The number of new infections stood at 15,487 for the fifth wave of the pandemic.

The post Market News and Charts for August 09, 2021 appeared first on FinanceBrokerage.