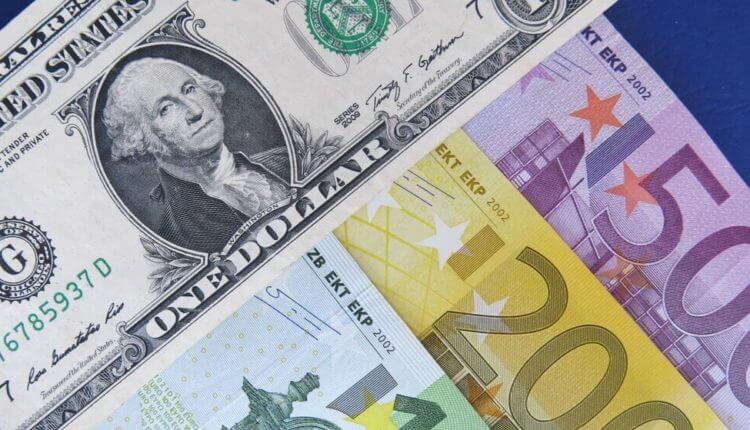 Looking at the EURUSD on the daily time frame, we see that today, the situation is different after yesterday’s dominance of the dollar. The Euro manages to make some gains since the start of the Asian session. Support at 1.18000 has endured, and we are at the current 1.18500. If this support of the 20-day moving average continues to provide support, then we can expect a further recovery of EURUSD towards 1.19000, and our more specific target is 38.2% Fibonacci level at 1.19500. Growth above the 50-day moving average will only further support the Euro’s recovery against the dollar. For the bearish scenario, we need a break below the lower support line in the zone 1.17000-1.17500.

Like EURUSD, GBPUSD is making gains today. Today after yesterday’s price withdrawal, the Pound continues where it left off a few days earlier. Again, there is a chance to test the zone at 1.40000 and make a potential jump above closer to this year’s high of 1.42500. Conversely, if we fail to make a break above 1.40000, we go back down to the 200-day moving average to make new momentum for a new bullish momentum. Below we are looking for potential support in the zone 1.37000-1.38000.

The MOC voted unanimously to withhold the purchase of corporate bonds, while only one member sought to reduce the purchase of government bonds by GBP 45 billion to GBP 830 billion.

Michael Saunders noted that inflation is likely to remain above the 2 percent target two and three years in advance with the current political stance. The economic outlook has justified a reduction in monetary policy stimulus at this MOC meeting.

The Committee estimated that if the economy develops rapidly in line with the central projections from the August Monetary Policy Report, it will probably be necessary to tighten monetary policy slightly over the forecast period to be in line with the sustainable achievement of inflation in the medium term. Official bank in its monetary policy report.

According to the Monetary Policy Report, inflation is likely to rise temporarily in the near future, to 4 percent in the last quarter of 2021, which is 1.5 percentage points more than expected in the May report.

Inflation was expected to decline and was projected to return close to the 2% target in the medium term.

The economy was expected to grow by 5 percent in the second quarter of 2021, leaving about 4 percent below pre-pandemic levels and slightly stronger than expected in the May report.

GDP is projected to increase by about 3 percent in the third quarter of 2021, slightly worse than expected in the May report. The economy was expected to recover, reaching pre-pandemic levels in the fourth quarter of 2021.

Factory orders rose 4.1 percent more than expected in June, reversing a revised 3.2 percent decline in May. This was the biggest growth since August when orders rose 4.5 percent. Orders are projected to climb 1.9 percent.

Excluding large orders, new orders in production were 1.7 percent higher than in the previous month.

Domestic orders rose 9.6 percent, while foreign orders rose only 0.4 percent in June. New orders from the eurozone rose 1.3 percent and from other countries 0.2 percent from May.