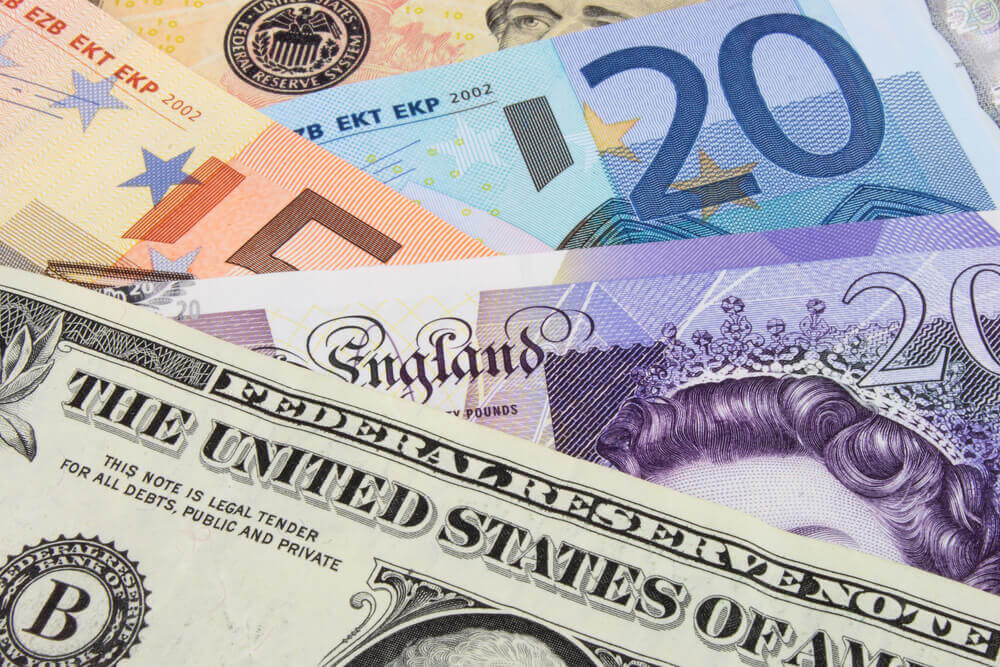 Following the EURUSD on the daily time frame, we see that we have managed to stay above the 23.6% Fibonacci level and climb to the current 1.19050. Today’s positive news for the Eurozone is likely to impact the chart positively, and we can expect further growth towards the 1.20000 psychological level. Before that, we have to climb to 38.2% Fibonacci level at 1.19500, the previous resistance on the chart.

According to a preliminary estimate released by Eurostat on Friday, the eurozone economy recovered in the second quarter. Gross domestic product increased by 2 percent in a row, reversing the decline of 0.3 percent announced in the previous period. The growth rate was higher than the expected 1.5 percent. Year-on-year, GDP jumped 13.7 percent after falling 1.3 percent in the first quarter. GDP was projected to grow by 13.2 percent.

The economy of German strated to increase

The German economy returned to growth in the second quarter but recovered weaker than expected due to supply chain difficulties affecting the industry; data showed on Friday. Europe’s largest economy grew quarterly by 1.5%, compared with a revised 2.1% decline in the first quarter and 9.2% year-on-year, the Federal Bureau of Statistics said. The forecast was an increase of 2.0%. Comparing to the fourth quarter of 2019, the last period before the pandemic, the gross domestic product was still lower by 3.4%, the Bureau of Statistics announced. “Growth is decent, but it could have been stronger had it not been for the lack of material,” said VP Bank Group chief economist Thomas Gitzel.

Concerns about the supply chain and the growing number of people infected with the coronavirus have diminished the outlook for the economy. The research on Monday showed that German business morale dropped unexpectedly in July, which is the first drop since January. More The cases of COVID-19 have been on the rise since the beginning of July, after more than two months of constant decline, mainly due to the spread of the more contagious variant of Delta. Approximately 60% of the 83 million Germans received the first vaccine against COVID-19, and just over half were fully vaccinated.

On an annual basis, GDP grew by 9.2 percent, adjusted to the calendar, in contrast to the decline of 3.1 percent announced in the first quarter. GDP was projected to climb 9.6 percent. Price-adjusted GDP advanced 9.6 percent from -3.4 percent a quarter earlier. According to the latest projections of the International Monetary Fund, the largest economy in the eurozone will grow 3.6 percent this year and 4.1 percent in 2022. GDP was still 3.4 percent weaker in the second quarter this year than in the fourth quarter of 2019, the quarter earlier the onset of the coronavirus crisis, Destatis said.

France’s economic growth accelerated faster than expected in the second quarter, driven by household consumption and investment, the first estimates of the statistical office Insee revealed on Friday. In July, consumer price inflation slowed to a three-month low, driven by falling industrial goods prices and a slowdown in service prices, separate data from Insee showed. Despite restrictions on curbing the spread of coronavirus, the gross domestic product jumped 0.9 percent in the second quarter,after having remained unchanged in the first quarter. Economists forecast quarterly growth of 0.8 percent.

In the second quarter, GDP was 3.3 percent below the fourth quarter of 2019, compared to 4.2 percent in the previous two quarters, the Bureau of Statistics announced. The International Monetary Fund has predicted that the French economy will grow by 5.8 percent in 2021, and 4.2 percent next year in the latest world economic perspective.

The post Eurozone economy recovery and impact on EURUSD appeared first on FinanceBrokerage.