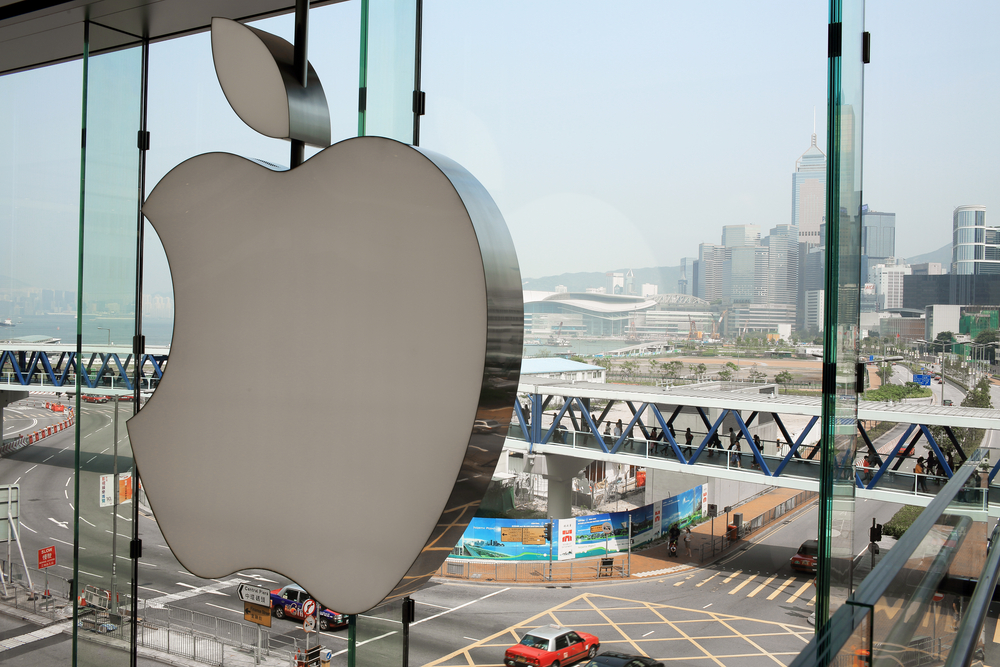 Apple (NASDAQ: AAPL) is scheduled to report fiscal third-quarter 2021 earnings on July 27 after the market closes. Over the past year, shares of the world’s largest tech giant in terms of revenue have jumped 58% and are currently trading at over $146. A strong print could push shares higher, so let’s take a closer look at what analysts on the Street are expecting.

Apple is expected to report EPS of $1.01 on revenues of $72.93 billion. Meanwhile, the Earnings Whisper number, or the Street’s unofficial view on earnings, stands at $1.17 per share.

In the previous quarter, the company reported earnings of $1.40 per share, which more than doubled compared to the prior year’s quarter and outpaced the consensus estimate of $0.98. Also, revenue rose 54% to $89.6 billion and topped analysts’ expectations of $77.01 billion. (See Apple stock charts on TipRanks)

Factors To Watch Out For

Through its five software platforms, iOS, iPadOS, macOS, watchOS, and tvOS, Apple provides unmatched experiences across all its devices and empowers people with advanced services including the App Store, Apple Music, Apple Pay, and iCloud.

The Apple iPhone is the company’s premium product and contributes more than 50% of total revenues. Markedly, device sales rose 66% year-over-year to $47.9 billion in the last quarter. Therefore, top-line growth in the third quarter is likely to have been driven by strong demand for the 5G-enabled iPhones, despite rising competition in the smartphone space.

The widespread acceptance of the Apple Watch has made Apple the dominant player in the wearables market, highlighting the recent popularity of the Fitness+ subscription service. Notably, Apple launched watchOS 8 in the to-be-reported quarter, which offers greater access with Wallet, new updates with the Home app, new workout types, and an updated Breathe app.

In services, the tech giant recorded an all-time revenue record of $16.9 billion in the last quarter, driven by the App Store, cloud services, music, video, advertising, and payment services. Therefore, the to-be-reported quarter is likely to have faced continued momentum in new service offerings, including Apple TV+, Apple Arcade, Apple News Fitness+, and the Apple One bundle.

Accelerating installed base growth, rising accounts on digital content stores, and an increase in paid subscriptions are among the primary drivers of growth. Notably, the company’s paid subscriptions across its services platform crossed 660 million in the March quarter.

The addition of new services and improvements in service offerings are attracting a huge customer base and act as catalysts for earnings growth.

During the June quarter, Apple launched Apple Podcast Subscriptions, a service that offers subscriptions to shows from essential independent voices like “Birthful” with Adriana Lozada, and “Pantsuit Politics” with Beth Silvers and Sarah Stewart Holland, along with premier studios, such as Lemonada Media, Luminary, Realm, and Wondery. Furthermore, subscriptions to leading media and entertainment brands, including CNN, NPR, The Washington Post, and Sony Music Entertainment are also available.

Along with premium products acting as catalysts, Apple’s partnerships with Amazon (AMZN) and Google (GOOGL) instill optimism for the services segment.

On the cost front, expenses are rising due to increased investments in R&D for new and updated products and services, which could have a negative effect on earnings to some extent.

Management commented, “We are innovating and investing at an unprecedented pace, including accelerating our investment in the United States with our new commitment to contribute more than $430 billion and 20,000 jobs to the country over the next five years.”

During the fiscal second-quarter earnings call, Apple’s CFO Luca Maestri said, “We expect our June quarter revenue to grow strong double-digits year-over-year. However, we believe that the sequential revenue decline from the March quarter to the June quarter will be greater than in prior years for two reasons. First, keep in mind that due to the later launch timing and strong demand, iPhone only achieved supply-demand balance during the March quarter. This will cause a steeper sequential decline than usual. Second, we believe supply constraints will have a revenue impact of $3 billion to $4 billion in the June quarter.”

White commented, “During this crisis, we believe Apple has enhanced its value proposition in the eyes of the world by introducing new innovations, supporting a more digital lifestyle, and attracting new consumers to Planet Apple; however, a changing political landscape and growing suspicion of Big Tech places Apple in a more vulnerable position than in past years.”

Recently, Canaccord Genuity analyst Michael Walkley reiterated a Buy rating on the stock and increased the price target to $175 (19.2% upside potential) from $165.

Walkley raised his estimates ahead of the earnings release next week, “based on strong demand across the company’s products.” He said, “Apple continues to demonstrate the strength of its product ecosystem, and we believe consensus estimates will prove conservative for Q3 results and Q4 guidance should Apple return to providing guidance.”

Additionally, the analyst commented, “Apple is well-positioned to continue to benefit from the 5G upgrade cycle, and we anticipate strong overall growth trends as 5G smartphones ramp and its installed base expands with higher-margins services revenue.”

Overall, the stock has a Moderate Buy consensus rating based on 19 Buys, 5 Holds, and 2 Sells. The average Apple price target of $159.42 implies 8.6% upside potential from current levels.

According to the new TipRanks’ Risk Factors tool, Apple is at risk mainly from two factors: Production, and Macro & Political, which contribute 26% and 19%, respectively, to the total risk for the stock. Within the Production risk category, AAPL has indicated 7 risks, details of which can be found on the TipRanks website.