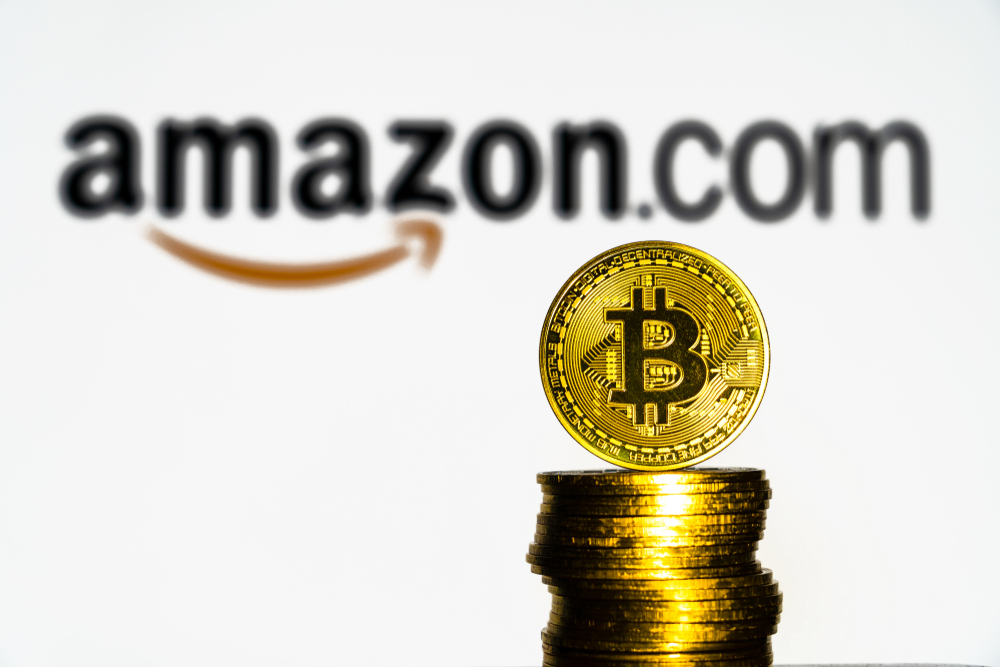 On the surface, e-commerce giant Amazon (AMZN) potentially integrating bitcoin payment solutions seemingly represents a boon for both cryptocurrencies and AMZN stock. According to a CNBC report in 2018, millennials are five times as likely as older adults to consider bitcoin a superior platform for financial savings.

Whether one agrees with the above sentiment is frankly irrelevant. As a capitalist enterprise, Amazon must go where the market is going. If the broader business trajectory is toward cryptocurrencies, then refusing to follow suit may pose serious problems down the line. (See Cryptocurrency Stock Comparison)

After all, millennials represent the largest generation in the U.S. workforce, a circumstance that will ring true for many years to come. Therefore, it’s only logical that companies like Square (SQ), Tesla (TSLA) and possibly Amazon have moved, or are making plans to move, into virtual currencies.

To be clear, Reuters reported that Amazon denied speculation that the e-commerce firm “was looking to accept bitcoin payments by the end of the year.” Still, management’s dismissal of the rumor didn’t carry much weight with the retail investor community.

First, a CNN article noted that Amazon posted a job listing for a “digital currency and blockchain product lead,” an odd request if an organization had no interest in dealing with bitcoin in some shape or form. Second, the rumor — of course without any kind of confirmation — was more than enough to drive bitcoin and the digital asset market out of the doldrums.

Just as importantly for cryptocurrency advocates, Amazon is at least interested in exploring technologies based off the blockchain — or the underlying decentralized digital architecture that enables virtual currencies to exist. That lends credibility to the entire ecosystem. Such a large organization putting bitcoin on its radar bodes well for all digital assets.

Still, cryptocurrency adoption isn’t a panacea for Amazon — or any other retail-related company, for that matter. (See Amazon stock charts on TipRanks)

Each Currency Induces a Distinct Behavior

Theoretically, cryptocurrency payment systems are the best platform for retailers in the modern globalized economy. Transactions are typically lightning quick and secure. Better yet, merchants can avoid costly financial middlemen, since the underlying system is decentralized. Finally, international payments are a breeze because you’re dealing with virtual currencies, not government-backed notes.

Essentially, cryptocurrencies represent a true democratization of finance. Currently, the world trades in dollars because that’s the best choice for universal currency, but that can be onerous for individuals in developing nations. Instead, with bitcoin, everybody, irrespective of the flag on their passport, operates under the same rules. That’s very appealing from a fairness and social equity point of view.

Moreover, big blue chips like Amazon may also benefit from these qualities. But the one major headwind that prevents bitcoin adoption among retailers is that currency — whether analog or digital — imposes distinct behavior in its users.

While this might sound like crazy talk, consider the case of the U.S. dollar. By the federal government’s own inflation calculator, the greenback consistently loses value. For instance, $100 in January 2000 has the purchasing power of almost $161 today.

What’s the result of this consistent devaluation? Well, consumption today comprises 70% of U.S. GDP. True, financial advisors bemoan the average American’s apparent inability to save for the future. Yet, we can ask whether that is a cultural indictment, or a reflection that holding dollars is equivalent to guaranteed losses?

In contrast, consider the Japanese yen. As Neal Kimberley of the South China Morning Post wrote, “The yen’s strength derives from its safe-haven status and the fact that much of Japan’s wealth is held overseas, in foreign assets and currencies; in a crisis, investors repatriate the yen, boosting its demand and giving it strength.”

Based on foreign exchange rate data, the yen kept its value stable relative to the dollar on a net basis from April 1993 to the present time. It’s no wonder that the Japanese are generally prodigious savers; they have an economic incentive to save, since their currency doesn’t devalue as others do.

What, then, does this say about bitcoin and Amazon’s rumored adoption of such? Likely, it will train consumers who use cryptocurrency to time the market so that they make purchases when valuations are rising. That way, they can spend fewer currency units but extract more value from them.

In fact, there’s precedent for consumers to adapt their behaviors based on their target retail platform. For instance, companies avoid predictable discounting schedules, to prevent training customers to make purchases only when the discounts invariably arrive.

Now parlay that concept to retailers and cryptocurrency adoption. It’s almost guaranteed that consumers will change their purchasing patterns based on the distinct personalities of digital assets. Therefore, it’s probably not the wisest idea for retailers to adopt bitcoin for payment, as this industry values revenue predictability more so than many other sectors do.

Disclosure: The author held a long position in bitcoin.